On 12/29/2020, a reactor rapid shutdown (SCRAM) occurred at the Krško Nuclear Power Plant (SI) following the onset of an earthquake at approximately 12:20 PM. According to USGS, the center of the earthquake was in Petrinja, Croatia with a magnitude of 6.4.

Frequency fluctuations due to a rapid shutdown

During a reactor scram, an immediate load shedding takes place and the nuclear power plant is no longer available to the grid for power generation. We had already explained in our article on the turbine rapid shutdown of the Gösgen NPP, Switzerland that the mains frequency reflects the correlation between simultaneous generation and consumption. In the case of a turbine shutdown or SCRAM, an instantaneous power imbalance occurs due to the abrupt disconnection of the power plant from the grid and, as a consequence, the grid frequency decreases with a steep gradient. Rates of change that are too steep, i.e., frequency gradients that are too high, are prevented by rotating flywheel masses (so-called momentum reserve) connected to the grid, especially turbine sets of thermal power plants with their synchronous generators. 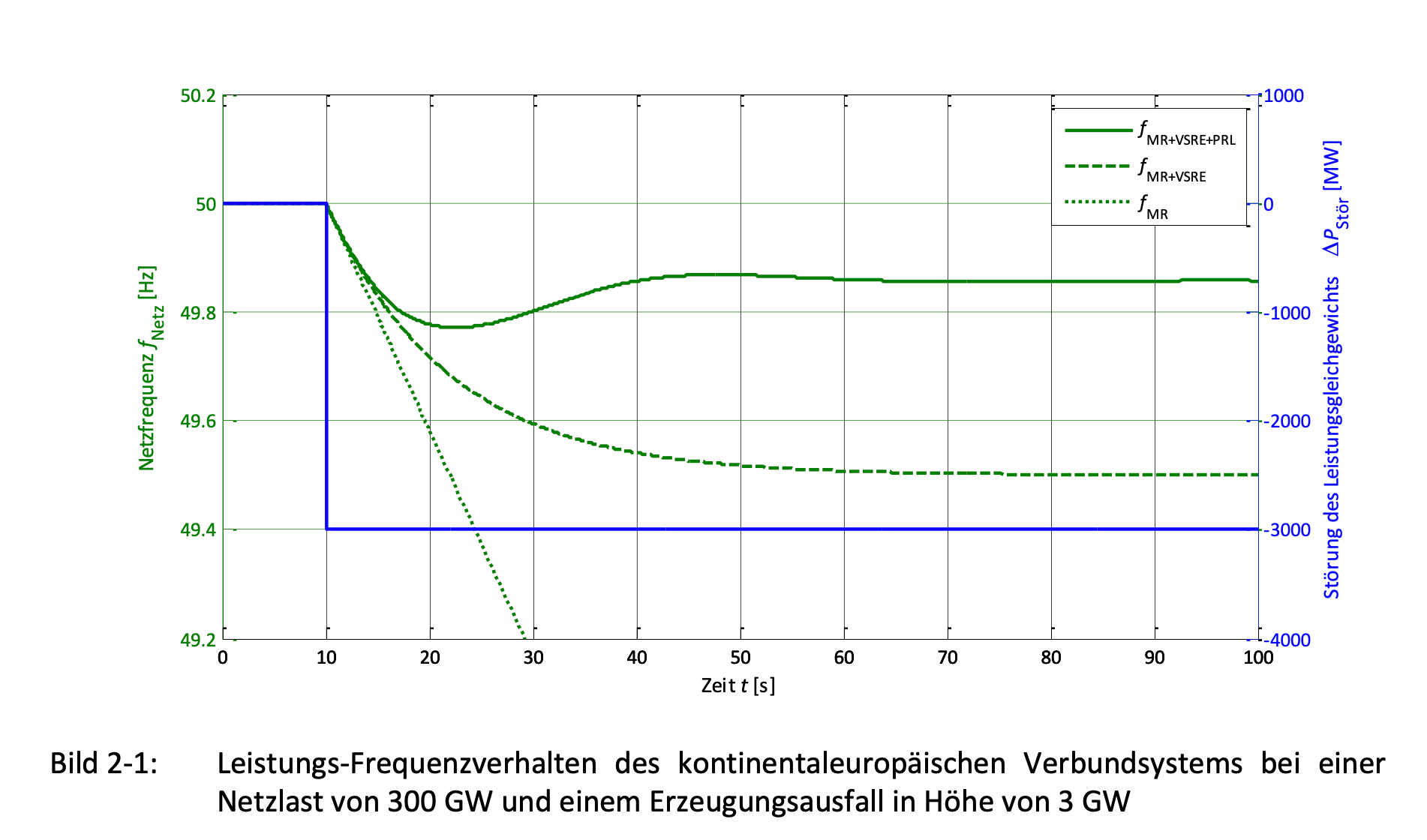 The sum of the flywheel masses connected to the power grid is defined by the grid starting time. In simple terms, the higher the grid start-up time, the more rotating loads, hence kinetic storage, are connected to the grid. In the event of a disturbance, such as the RESA of the nuclear power plant described here, or the system split due to underfrequency on 08.01.2021, rotating flywheel loads help to increase frequency stability and prevent power oscillations in the European interconnected grid.

According to ENTSO-E, the reactor fast shutdown, resulting in the unavailability of the Krško nuclear power plant, took place on 29/12/2020 at 12:19 (CET). 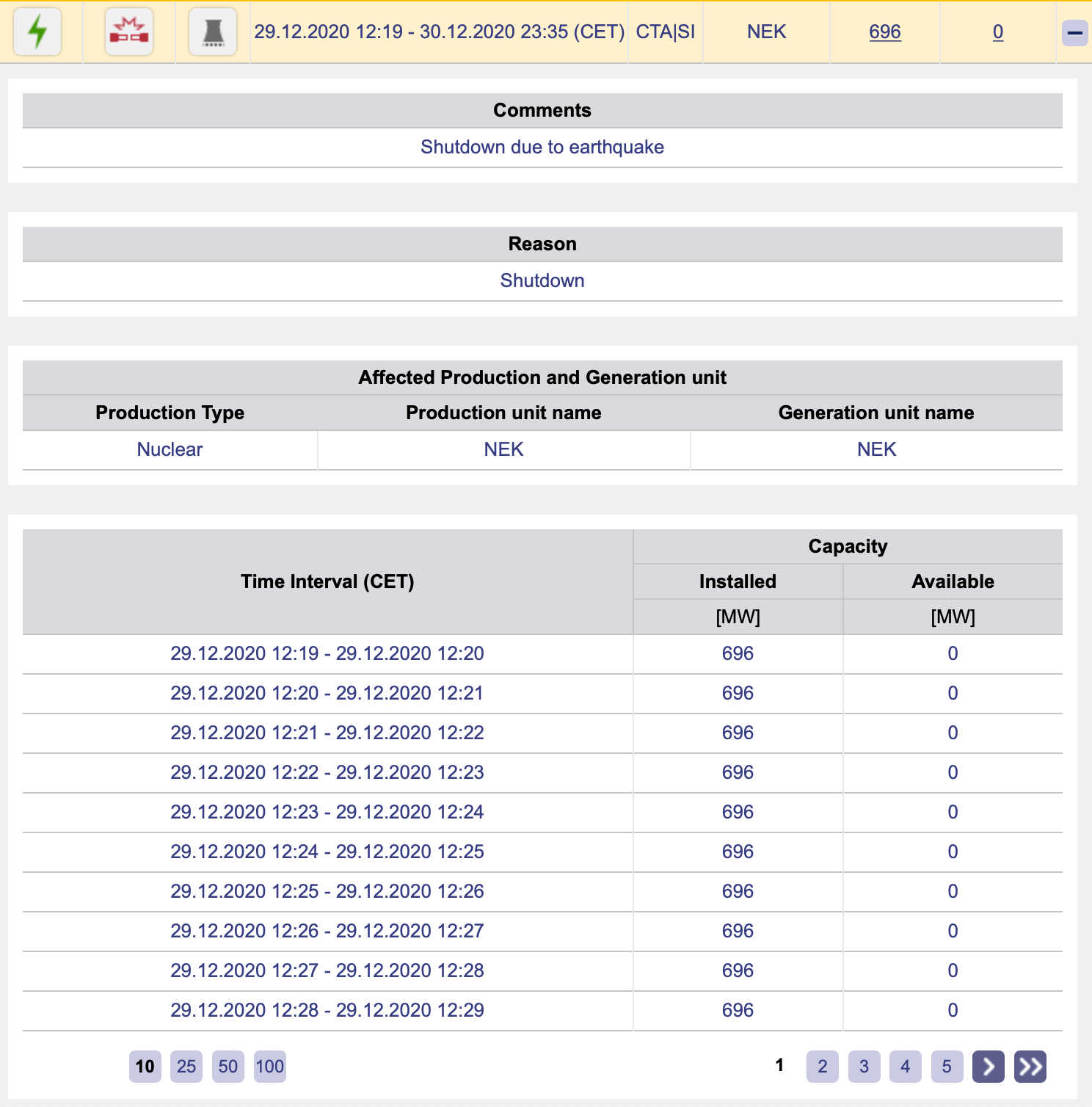 Looking at the frequency diagram, at the moment of fast shutdown, it is noticeable that the negative frequency deviation measured in Ljubljana is relatively high at -90 mHz with 696 MW out of service. In the case of TUSA of Gösgen NPP, we had measured a frequency change of about -50 mHz, with a generation outage of about 1 GW. The value of about -50 mHz/GW of failed generation power also corresponds to our empirical values, based on evaluations of fast shutdowns (Krämer, Ch.; Veith, T.: Auswirkungen von Schnellabschaltungen auf das Verbundnetz. BWK Vol. 69 (2017) No. 9, pp. 47-50.).

The frequency collapse due to RESA, during the earthquake of 29.12.2020, weakens noticeably on its way through Europe. For example, the impact is clearly seen, albeit weakened, in Vienna. In Dresden and Bonn, a significantly steep negative frequency drop was no longer registered. In the overall network, the frequency drops by about 15 mHz to 50.01 Hz in the following seconds, due to the rapid shutdown triggered by the earthquake.

It can be assumed that the fault, on its way through the European UCTE grid, was absorbed by the momentum reserves there. However, in direct comparison to the neighboring countries and the effects in them, less momentum seems to be active in the RESA affected grid area in Slovenia. The lack of momentum reserve would be a plausible explanation, as the frequency collapse was disproportionately high at -90 mHz, with an outage power of 696 MW.